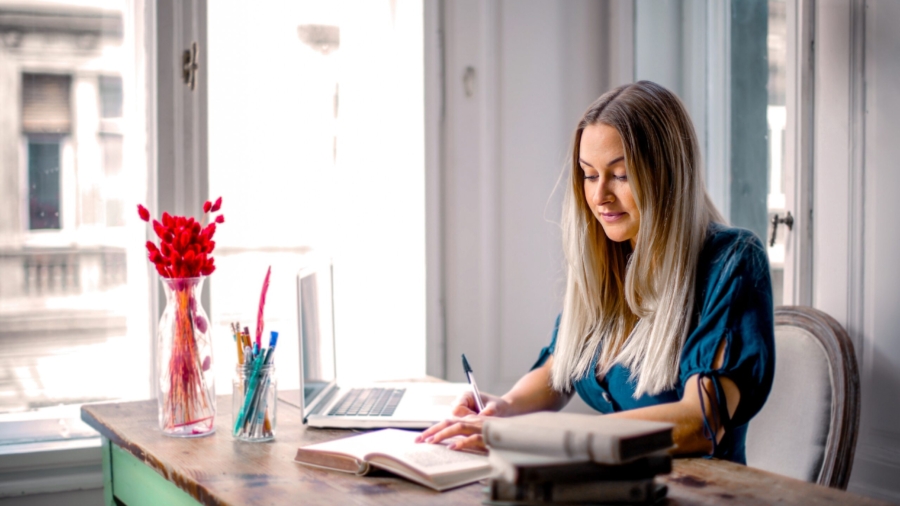 by Nidhi Rajput
with no comment
Job & Salary
Views - 776

Covid -19 has disrupted the entire global economy forcing companies to experiment and adopt all sorts of work models and practices, right from working remotely and at the office to the hybrid work culture.

The last two years have proved that employees can be equally productive working from home permanently as working from the office.

As pandemic is here to stay with new variants coming up every few months, businesses are adopting permanent work from home jobs/hybrid models for the long run – whether pandemic or not.

Here are the companies that have adopted remote or hybrid work models.

Headquartered in Seattle, Washington, Amazon is a multinational organization that climbed the ladder of success through its eCommerce. The company started as an online marketplace for books and has now expanded to also focus on cloud computing, digital streaming, and artificial intelligence. As of 2021, it is the world’s largest online retailer and marketplace and is the second-largest private employer in the United States.

Work from home Plans – As per a mail sent to employees by Amazon CEO, employees should decide for themselves what work environment suits them the best – working remotely, in an office, or hybrid work culture.

A file-sharing firm, headquartered in San Francisco, California, Dropbox, makes it easy for its users to store their files, share them securely, and collaborate on projects anytime and anywhere without any hassles. With Dropbox, all your files are backed up to the cloud and are available online.

Work from Home Plans – Dropbox will let its employees work from home permanently. It will turn existing office spaces into Dropbox Studios starting with San Francisco, Seattle, Austin, and Dublin. The company also announced that it would be embracing “non-linear workdays” allowing employees to design their own schedules.

Quora is a world-renowned American question & answer platform, headquartered in Mountain View, California. It is a platform to ask questions, get answers, and share knowledge with the world. As of 2020, the website was visited by 300 million users a month.

Work from Home Plans – The company has adopted a remote-first policy. Employees can work remotely and relocate to anywhere the company can legally employ them. Quora will turn its existing offices into co-working spaces for the employees who wish to work from there.

Twitter is an American microblogging & one of the most popular social networking services where users post & interact with others instantly around the world using short messages of around 280 characters called Tweets.

Work from Home Plans – Microblogging platform Twitter has allowed its employees to work from home, except for those who need to be physically present because of their work. Employees can visit the office whenever they wish to.

Headquartered in Ottawa, Ontario, Shopify is a Canadian multinational cloud-based eCommerce platform for small & medium-sized companies, helping them to sell, market, and manage their products. The company reported that it had more than 1,700,000 businesses in approximately 175 countries using its platform as of May 2021.

Work from Home Plans – Shopify has allowed its employees to set their own schedules and is offering the option of working from home permanently with some in-person meetings. Employees can also work from anywhere in the world.

Headquartered in Santa Clara, California, Upwork is the world’s largest freelance marketplace, where organizations and entrepreneurs, offer short-term and long-term freelancing works to those who are eligible. In 2017, Upwork had over twelve million registered freelancers and five million registered clients.

Work from Home Plans – the company has adopted a remote-first model for all its employees.

Slack – Slack is a business communication platform for companies and their employees to communicate with each other internally without any hassles. It is a California-based enterprise software company that was acquired by Salesforce in December 2020.

Work from Home Plans – Slack is allowing its employees to work from home permanently, but is also supporting those who wish to wish to work from the office.

Previously called Facebook & now renamed Meta, Facebook is an American online social networking service, headquartered in Mento Park, California. This rebranding was done because of the rising potential of the growth of the company to other horizons beyond just social media. As of 2020, Facebook claimed 2.8 billion monthly active usersand ranked fourth in global internet usage.

Work from Home Plans – Facebook allows permanent work from home to anyone whose jobs can be performed remotely.

Headquarters in Walldorf, Baden-Wurttemberg, SAP is a German multinational corporation that offers enterprise software to manage business operations and customer relations. SAP is particularly renowned for its especially known for its enterprise resource planning (ERP) software. SAP is the largest non-American software company by revenue, the world’s third-largest publicly-traded software company by revenue, and the largest German company by market capitalization.

Work from Home Plans – SAP is adopting a 100% flexible, trust-based work model, wherein it is letting employees choose from working remotely, in the office, or in a hybrid model.

Spotify is a Sweden-based commercial audio streaming and media service. Spotify is one of the largest music streaming service providers with over 406 million monthly active users, as of December 2021. The service is currently available in 180+ countries as of October 2021. Users can search for music based on artist, album, or genre, and can create, edit, and share playlists.

Work from Home Plans – Spotify announced that employees can work from home or office, wherever they want, even after the pandemic ends. The decision should be a unanimous one, decided between the employees and their managers.

Work from Home Plans – Coinbase has become a remote-first company, allowing 95% of staff to work remotely.

Work from Home Plans – Salesforce has announced remote working as the primary mode of working for its 50,000 employees.

Work from Home Plans – Skillshare is allowing its employees to work from home or use co-working spaces.

Tata Steel is an Indian multinational headquartered in Mumbai, Maharashtra. It is among the top steel producing companies in the world, and one of the world’s most geographically-diversified steel producers, having operations and commercial presence across the world.

Work from Home Plans – Tata Steel is another company that jumped on the work from home bandwagon. The company’s work from home policy – Agile Working Model, allows employees to opt for WFH for up to 365 days a year.

It is an Australian software company having global headquarters in Sydney, Australia, and US headquarters in San Francisco. Atlassian makes tools like Jira, Confluence, Bitbucket, and Trello to help teams across the world become more nimble, creative, and aligned. Atlassians is supporting an international group of 250,000+ customers.

Work from Home Plans – Atlassian has allowed its employees to work from anycountry where Atlassian exists as a corporate entity, provided that the employees are aligned together with his/her team members.

These are just some of the top organizations offering work from home permanently/hybrid model. There are plenty others joining the remote work culture realizing the fact that many employees aren’t ready to come back to office as WFH offers flexibility & saves commute time.