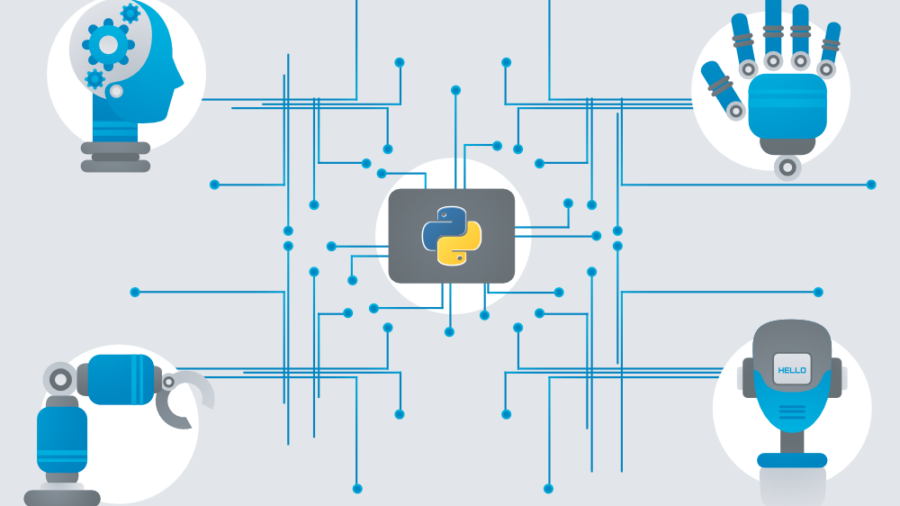 Before going for a F2F round, that is, interview, a candidate must be aware of what Python is. Apart from having practical knowledge, theoretical knowledge is also necessary to crack an interview. The following interview questions on Python are meant to give you an overview of what python interview is like.

Not only this, developers can easily read and translate the codes. This ultimately reduce the cost of maintenance of the program and development of it.

There is an urgent need to have fully-fledged knowledge of Python before appearing for an interview. Python interview questions and answers are here to help you have a full preparation. Read thoroughly to enhance your chances of getting selected in the interview process.

Python Interview questions for freshers are set up in a way. It helps the recruiter to figure out whether the candidate is eligible enough for the job or not.

Question 1. Could you tell me some of the salient features of Python?

Python Interview Questions for fresher are expected to be more basic yet you must know the questions. No matter how simple or complex the question is, you have to keep your chin up. And answer the asked question with full confidence.

Python Interview questions and answers may be difficult. The examiner is going to judge your knowledge and for that, you need to answer the questions that are basic. Below is the answer to the question.

First, you need to tell the recruiter that you are going to talk about the features of the python interview question. Start by telling that python supports structural and functional programming methods.

Start informing recruiters that Python Language was used as a scripting language. Later it compiles with Byte Code so that the creation of the large application could be done. It also has the potential to provide high-level dynamic data types.

It supports Dynamic Type Checking and Automatic garbage collection. With that, it is easily present in the integrating process with C, C++, Java, CORBA, ActiveX, and COM.

Question 2. Name the type of data that Python supports.

This one is the perfect python interview question to be asked. Developers should know the names of the data types on which the whole python runs.

To answer this question, you need to give an exact number of the data types present in python. You could start your answer by saying that there are 5 data types in python that are standard.

The first is the “Number” data type. [You could elaborate a little on this answer as well. So that the recruiter could know that you have the knowledge and you prepared yourself for Python Interview questions]

Being a Python developer, Python Interview questions for fresher must include this question. To answer this question you should start politely and tell the interviewer that Python is an object oriented programming paradigm. The design of Python classes is in a way that they could inherit the properties of other classes as well.

You need to know every single detail about the Python Interview questions and answers that could be asked. Because these types of questions have high chances.

Question 4. What is pickling and unpickling in Python?

Start your answer by defining the given terms. Tell the interviewer that both the given terms are actually processes of the operators in python. Pickling is a procedure of converting Python objects into a character stream. The module assists in the process of “pickle” therefore the name of the procedure is pickling.

As the name suggests, unpickling is the process of retrieving the authentic Python objects from the string representation. This process is a reverse of the Pickling process.

You need to make sure that you are aware of the fact that Python consists of some file related modules. These modules further have a role in handling text files and binary files in a system. The modules help in creating text or binary files, content updates, delete, copy and others.

The answer to the second question should, therefore, start something like what is mentioned ahead. To name a few file related modules are the os.path os, os.path, and shuttle.os. Shuttle. os module helps in copying or deleting files while another module has a built in function to access the file system.

Question 6. What is an indentation in Python?

Start your answer by telling that indentation in Python, is a part of its syntax and is equally important. Unlike many other programming languages, Python made it compulsory to have an indentation in it. Adding more to it, Indentation provides better readability to the code.

Question 7. We all are aware of the accolades that Python has been gaining. But as a professional you should also be able to talk about the difficulties with Python. Can you?

With this question, the recruiter wants to know whether you have thorough knowledge about Python or not. Only if you are aware of all the flaws of the language will you be able to work on them. And thereby move forward with some of the few flaws of Python are:

Question 8. What is the use of break and continue in Python?

To control the flow of Python Loops, break and continue are used. With break, the current loop is stopped from getting executed any further. It transfers the control altogether to the next block. continue on the other hand jumps to the next iteration of the loop without exhausting the loop.

Question 9. What all is Python good for?

This is yet another question that checks the horizon of your knowledge of Python. There are a lot of applications of Python. A few of the listings are;

Question 10. What is the life cycle of a Thread?

When the execution of a task involves some waiting, Python threads are taken into consideration by the users. Threading allows multiple threads to function at the same time.

Question 11. Explain what is a control flow statement?

The process of working for a python programme is unique. At first it usually starts to execute from the very first line. The programme moves from one statement to another, only passing once through each statement.

After that it just transactions the programme. Normal execution flow of a program can be disturbed and be bent to our will. This is done with the help of control flow statements.

Question 12. Can you give a comparison between Java and Python?

This is a tricky question because it is not necessary that a Python developer will also have knowledge about Java. However, as a developer, you should have a basic knowledge, about all the languages in the technology. Of course you cannot have a through knowledge.

Question 13. Can you justify that Python is object oriented?

Question 14. State the difference between Tuples and List in Python?

Question 15. Is Python a programming or a scripting language?

Python is a general purpose programming language, but it is capable of scripting as well.

Question 16. How does Python manage memory?

Question 17. Describe what is Pythonpath?

When a module is imported, pythonpath is the environment variable as well as a local variable that comes to use. It is also looked upon to keep a check for the presence of imported python modules in a number of different directories. The interpreter also uses pythonpath to determine which module to load.

Yes, indentation is necessary in Python. Indentation specifies a block of code. The indented block consists of all source codes within the classes, loops, anonymous functions in python, etc. If in any case the code is not indented, it will not execute in an accurate manners and will have errors.

This question is an easy one and a straightforward question. So a lot of times, the interviewee doubts their own self worth as to whether he/she knows the right answer or not. Because it gets hard to accept that such a straightforward answer can be asked in round of an interview.

However, you need to know that that is exactly what the interviewer wants to check. Whether you have confidence on your knowledge or not. So answer confidently that yes, python is a case sensitive language.

Question 20. How are comments in Python written?

All the comments written in Python start with a # character. However, it is not necessary because some times, commenting in Python is also done with the help of docstrings.

Python and python scripting is the future of technology. Stay tuned and keep learning so that you can build a bright future for yourself!!

Gunjan Rawat is a literature graduate who shows keen interest in Java, SQL and Marketing as well. ...