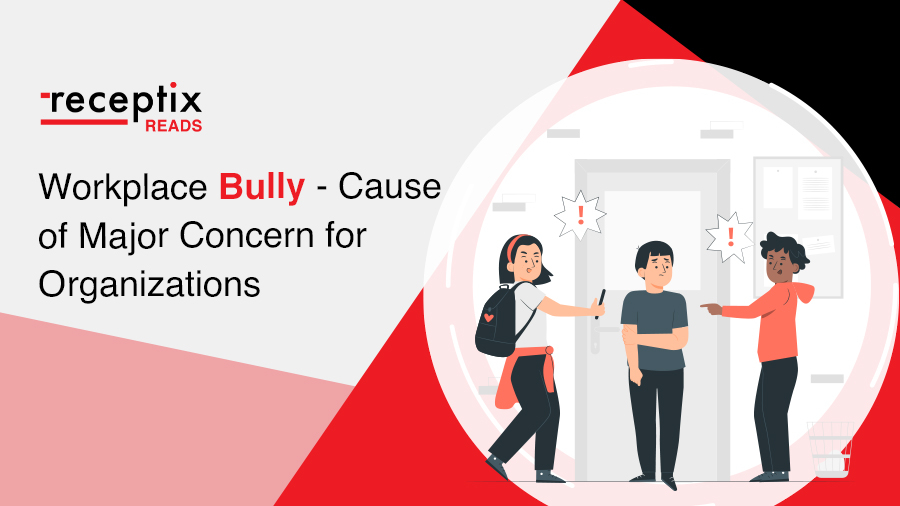 Do you dread going to work? Are you a victim of bullying?

According to the Workplace Bullying Institute 48.6 million Americans every year are bullied. Since bullying is often psychological in nature, it is not always visible to onlookers.

As per – Lynne Curry, author of Beating the Workplace Bully: A Tactical Guide to Taking Charge. “Workplace bullying is psychological violence.”

Gary Namie, a social psychologist and the co-founder and director of WBI says – “It comes just like sexual harassment – uninvited, undeserved, unwarranted.”

What are the effects of workplace bullying?

Workplace bullying has a negative impact on the physical & mental health of employees. It results in anxiety, stress, depression, gastrointestinal issues, hypertension, and insomnia. It also damages productivity and performance.

What are Traits of Workplace Bully?

As per an Australian study, bullies come from dysfunctional families. Bullies are extremely selfish and lack respect for others. They are jealous, suffer from low self-esteem, and hence they pick on others. They are usually victims of anger and anxiety.

What kind of Employees are Targeted by Bullies?

Bullies Target Those Who Threaten Them

Research contradicts the fact that bullies target the weak and timid in the workplace. On the contrary, bullies target those who threaten them. They target people, who are honest, independent, ethical, highly skilled, well-liked, and pro-social. Many times, these victims are introverts or are younger or older in age. They are generally good people – the reason they attract envy from bullies.

As per 2014 research from the Workplace Bullying Institute, it is believed that targets of bullying are more likely to be compassionate, cooperative, and charming. Bullies target –

The Role of HR

Companies should create strict anti-bullying policies to protect employees from bullying. Monitor the behavior of employees, and create a mechanism to report bullying issues at the workplace without any fear or retaliation. Take each complaint seriously and do a thorough investigation promptly and confidentially.

Employers should aggressively enforce the standard of professionalism through training. Bullying if left unaddressed can have tangible and intangible costs to the employer (e.g., financial, interpersonal, productivity), as bullies not only damage targets but also collapse organizations.

Bullying is harmful behavior that should not be ignored. It is the responsibility of employers to provide a safe working environment for employees. They should nurture a zero-tolerance work culture in relation to workplace bullying.

The bullying not only just hurts the victims but also the company through lost productivity, increased absenteeism, poor morale, lack of trust, poor work environment, and time & money spent in documenting, investigating, and hiring new resources when the brightest resources leave companies due to bullying.

Bullying has been estimated to cost Australian organizations between $6 billion and $36 billion a year. The best way to stamp out bullying is to address it at the earliest. Organizations should create a positive, respectful work culture where each employee is respected and bullying is not tolerated.